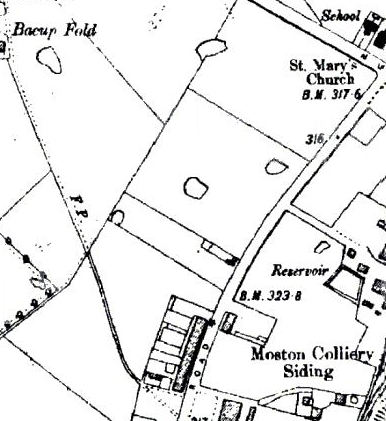 The area was originally part of the manor of Moston,  with a farmhouse, Moston Hall.  It was farmland until a rich industrialist, Sir Edward Tootal Broadhurst, gave  80 acres of  land  for use as a park. 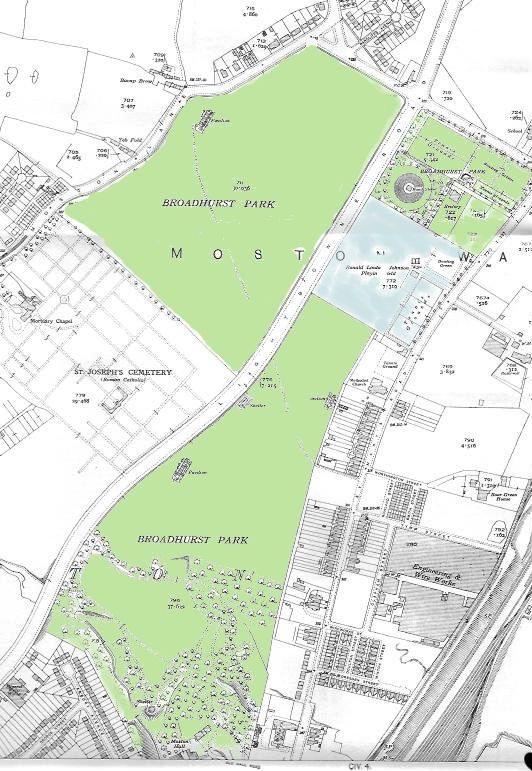 Map of Broadhurst Park (shown in green) in 1933 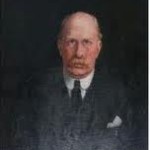 In a letter dated 2nd June 1919,  Sir Edward wrote  “As a thank offering for the Victory of the Allies, in the winning of which Manchester men – and women also- have played such a glorious  part: and in gratitude for all that Manchester has done for me, I beg to offer to the Corporation a small piece of property in Moston, for the purposes of a playing grounds and fields, and a park for the people.
read more

The property lies between St Marys Road, Nuthurst Road, Moston Lane and the cemetery, and a Dingle and is some 80 acres in extent.

I purposely place playing grounds and fields before park, as  I wish these to be the the main purpose of the ground, rather than a laid out park, although some of the ground at the lower end being undulating, will probably be more suitable for the latter than the former.  However, with this expression, I am quite content to leave the matter to the discretion of the Parks Committee, but I must stipulate that no portion of the land shall ever be used for building purposes, except for such buildings as are necessary for the equipment of the park, etc., or for a public library or Council school.”

The land was conveyed on 23rd July 1920, with covenants as to use solely as playing fields and park except for structures in connection with recreation.

During the Second World War, there was a battery of four anti-aircraft guns and a barrage balloon on Broadhurst Playing Fields, operated by the Territorial Army.  The four anti aircraft guns were used to defend the Avro Aircraft factory in Chadderton , which made Lancaster Bombers and the Ferranti factory on St Marys Rd (electronics and munitions).

One Moston boy’s memories of the Blitz in December 1940.

The concrete bases of the huts used to accommodate the soldiers can still be seen on Broadhurst Playing Field next to the boundary with the cemetery. A  circular area, possibly the base of the radar equipment used to guide the guns to their target, also remains.

At the end of the war, many Polish soldiers, who had fought gallantly for the Allies after their country was invaded by the Germans, were unable to return home as Poland had fallen under Communist rule. The huts previously used for the Anti aircraft battery were used as a resettlement camp for Polish soldiers and their families, from the end of the war to the 1950’s.

Prefabs were also built across the road on Broadhurst Clough just after the war. These were for Manchester residents made homeless when their homes were destroyed by the Blitz.  Residents lived there until the 1960’s when the buildings and Moston Hall were demolished. The area was grassed over and trees were planted.  Apple trees from the prefab gardens can still be seen. 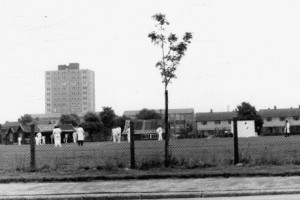 In 1975 a plan to build houses on the park was abandoned after intense opposition from local people to what would have been a breach of the covenant by the donor.

Moston Hall stood on the first field at the St Mary’s Road entrance to Broadhurst Clough( near the allotments and St Marys Nursing Home). There were several outbuildings and a large cobbled yard. The Hall was demolished in the early 1960’s after becoming vacant and subsequently being vandalised and the field was levelled and grassed over. 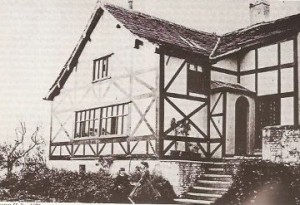 In 2003-2005  an archaeological dig on the site of Moston Hall was carried out by  local volunteers working alongside professional archaeologists as part of the Dig Manchester Project.  The site is known to have been occupied since at least the thirteenth century,  possibly much earlier, and provided a wealth of archaeological finds.

An open day took place to mark the end of the Dig in 2005, with an exhibition of the many articles which had been found, tours of the excavation site, films, drawings, plans and photographs. It was a fitting end to what had been three very interesting years. Two boards on the field where the Dig took place are all that remain.

Between 2004 and 2010 access paths and drainage work was carried out to the Broadhurst Clough to enhance the existing wetlands.

In 2011 the Council decided to lease the Broadhurst playing fields between Lightbowne Road and St Marys Road to a football club, FC United. This was to provide practice pitches and an all weather pitch for the club, who also wished to build a football stadium  on adjacent Council owned land known as the Ronald Johnson Playing Fields  (see Ronald Johnson page)

The plan was opposed by many local residents, and was the subject of a judicial review  However the planning application was eventually approved by the City Council and the Secretary of State. Work started in November 2013 and was completed in May 2015.